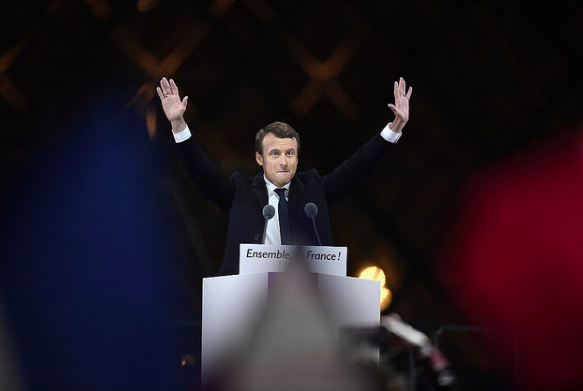 This blog is based on an article in the Journal of Social Policy.  You can access the article by clicking here.

Foucault’s lectures were delivered at the Collège de France in early 1979. Internationally, this was a period marked by revolutionary change and related forms of political reaction (p.1). The Iranian Revolution took place days after their commencement and, reflecting the dull exhaustion of Labourism in the UK, the government of James (‘Sunny Jim’) Callaghan was limping through its final weeks in office. Margaret Thatcher came to power, precisely a month after Foucault concluded his lectures.

My new article maintains that, ten years after the English translation of the lectures, Foucault’s prescient – and problematic – contribution continues to provide insights into the evolution of social policy.

Foucault emphasises the significance of the journal ORDO, established in the late 1940s by the German economists Walter Eucken and Franz Böhm and associated with the Freiburg School. ORDO provided the intellectual impetus for what became known as ordoliberalism.

Foucault recognised that the ordoliberals’ tactic was to sweep up ‘concentration camps and social security records, in the same critique’ presenting them as a consequence, as they saw it, of the gross inflation of the state (p.116). Adamantly opposed to Keynesianism, the ordoliberals argued that the state/economy relationship should be finely calibrated: there should not be, for example, any substantial state intervention alleviating hardships prompted by unemployment. An unemployed person should never be perceived as a ‘social victim’ (p.139). Foreshadowing the later lexicon on so-called ‘jobseekers’, the unemployed person was merely a ‘worker…in transit between an unprofitable activity and more profitable activity’ (p.139). Social transfers – social security benefits – should only provide a very basic ‘minimum’ for those not ‘able to ensure their own existence’ (p.143).

This, internally fractious current of thought, continues to impact on policies across the EU.

Whilst sharing some of the characteristics of the ‘German model’, the US variant was more existentially encompassing saturating a ‘whole way of being and thinking’ (p.219). It would be entirely wrong to merely perceive it as a ‘technical alternative for government’ since that would fail to grasp the project’s powerful affective dimensions (p.219). Foucault acknowledged, therefore, how US neoliberalism contained potent, popular elements and a ‘sort of utopian focus’ (p.218). This aspect was later reflected in the presidential campaigns of Ronald Reagan and especially epitomised in his glowing ‘Morning in America’ ad in 1984.

Subsequently, within this body of theory, the notion of human capital was to become pivotal in emphasising the assets (or lack of thereof) of individual agents within hyper-competitive societies.

Often it is unclear if Foucault is merely expounding neoliberal theories or if he is endorsing them. This ventriloquizing tactic creates a blurring that makes it difficult for readers to identify his own perspective. There is little evidence to suggest that Foucault was unambiguously captivated by neoliberalism, but some passages hint at the lure that key neoliberal ways of perceiving the world may have exercised on the iconic thinker. The attraction of the potent US variant appears particularly marked, with Foucault maintaining that neoliberalism contains a ‘theme-program’ of a society which allows ‘difference’ to flourish and which potentially tolerates ‘minority individuals and practices’ (pp.259-260).

In France, Foucault gravitated toward organisations and individuals intent on ‘reforming’ the Parti socialiste (PS) [French Socialist Party] and that current within the party connected to the ‘very social-liberal “Second Left”’. Arguably, the social policy related speculations of this strand of political theory resembled, in sketchy and pre-figurative form, notions subsequently associated with the ‘Third Way’. Reaching into present-day France, this politics resonates with the neoliberal-inflected ‘reform’ agenda of Emmanuel Macron. Would, one wonders, Foucault have backed Macron?

In this context, an interview Foucault gave to Robert Bono, the general secretary of the CFDT union in 1983, becomes a fascinating coda to his lecture series. Here Foucault’s concern was with the ‘perverse effects’ of the ‘social guarantees’ then available in France. This ‘system’, he argued, was ‘reaching its limits’ when confronted with the ‘political, economic, and social rationality of modern societies’ (p.160). With regard to social security system, the problem was that ‘on the one hand, more security is being given to people and, on the other hand, they are being made increasingly dependent’ (p.160). This security-dependence nexus was an ‘infernal coupling’ (p. 160). Here, Foucault’s thinking appears to slide into the orbit of the US neoliberals. The keyword is, of course, ‘dependency’ which became such a lightening-rod for the galvanising politics of the US New Right.

Referring to his contributions as ‘undermining tunnels’ [galleries de mines], Foucault compares himself to an artisan or a ‘geologist’ examining the ‘layers of terrain, the folds, the faults’ (p.187). Although lacking a convincing theory of social change and a normative base from which to evaluate it, he performs valuable intellectual work in excavating the origins of neoliberalism and in pinpointing the roles played by – what Gramsci would term – the prime ‘organic intellectuals’ in Europe and the US.

Paul Michael Garrett is Senior Lecturer at the National University of Ireland, Galway.