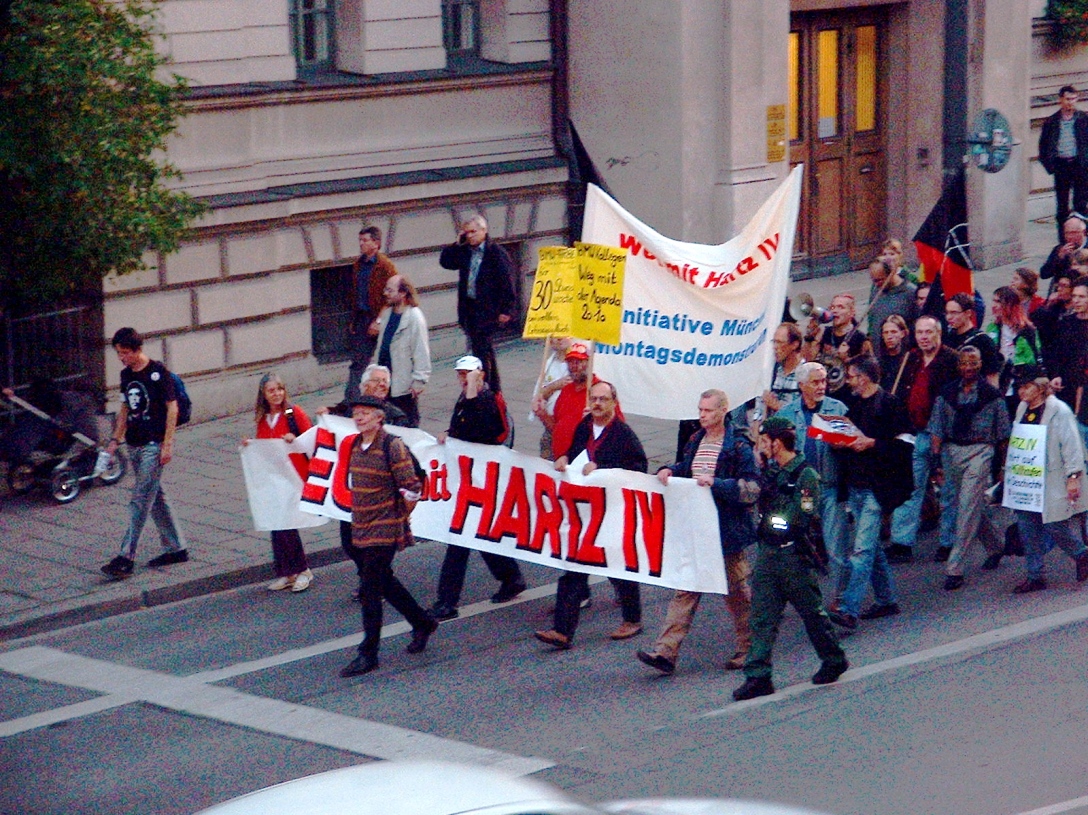 Unemployment benefit reforms that make it harder and more onerous to claim benefits have been commonplace across the economically advanced democracies. The fact that this trend toward “getting tough on unemployment” has been so pervasive, and the fact that these reforms can have very harsh and possibly even counterproductive effects, makes it important to understand why and under which conditions these reforms come about. My study of unemployment benefit sanction reforms in 21 countries over three decades suggests that these reforms are the political reaction to a need to “ration” resources in times of scarcity.

Germany and Austria, two very similar countries, are currently having two very dissimilar public discussions about unemployment and the proper design of unemployment benefit programmes. In Austria, the government has proposed to introduce measures to increase the incentives for unemployed workers to seek and accept employment, which include cutbacks to benefits and tougher requirements. These reforms are motivated in part by concerns about benefit misuse and laziness or choosiness among the unemployed. The German discussion about unemployment benefit reforms, meanwhile, goes in a very different direction. Proposals are being floated that would curb the punitive aspects of the current unemployment benefit system, with particular attention being paid to the controversial Unemployment Assistance (ALG II, also known as “Hartz IV”) benefit scheme. At least according to the Social Democrats, who once introduced the current scheme along with several sweeping labour market reforms, a new benefit system should put the needs of the unemployed, and not concerns about benefit abuse, front and centre. The fact that Germany is currently discussing relaxed rules for its unemployed while Austria is contemplating restrictions is, in my view, not an accident but the result of different economic circumstances.

As of now, Germany has experienced several years of increasing employment, with some sectors even starting to suffer from labour shortages, and this at a time when many other advanced economies were suffering from record unemployment. Reflecting the strong state of the economy, the government has enjoyed budget surpluses over four consecutive years. Austria, on the other hand, has recently experienced rising unemployment and in particular long-term unemployment, in combination with persistent budget deficits.

The fact that Austria, in a condition of (relative) scarcity, is debating restrictive unemployment benefit reforms, whereas Germany, enjoying favourable conditions, goes the opposite way in, fits a more general pattern that I have uncovered in this article. I have studied reforms of unemployment benefit sanction rules – rules that determine whether and how much of their benefit payments claimants can lose if they fail to seek and accept suitable work – in 21 advanced economies between 1980 and 2012, using a new comparative dataset, and found that sanction rules are typically restricted in times of enduring increases in unemployment and budget deficits: times of relative scarcity.

Working behind these reforms is a political mechanism. Situations of scarcity like economic crises expose governments to two competing pressures: On the one side, governments have to budget with shrinking revenues. On the other, they have to spend more resources to support a larger group of unemployed or otherwise vulnerable people. Raising additional revenue is hard, while cutting benefits is potentially unpopular and therefore politically risky – especially during economic crises.

A politically expedient solution, then, is to administer selective cuts that affect only those benefit claimants that are seen as “lazy” or “choosy” or those claimants that have a weaker employment record and have therefore not paid as much into the benefit system as others with more stable careers and higher wages. An example of the former type of reform are sanction restrictions, which I have found to be linked systematically to situations of economic scarcity. The latter type of reforms is currently debated in Austria.

One may ask at this point why it is surprising that governments cut spending in this way, or at all, in times of economic downturns. It may seem obvious, but one could simultaneously expect the opposite pattern – restrictions only in times of growth and affluence – to occur. This is because much prior research has shown that a) individual voters are risk-averse and demand more government support against hardships like unemployment if they are or at least feel more exposed to these risks; and b) that governments tend to adjust their policy-making to changing voter demands (as one would expect in democratic countries).

The implication would therefore be that times of increased unemployment should make more voters (more) concerned about becoming unemployed themselves, which should create a strong incentive for governments to do anything but make it harder or more onerous to claim unemployment benefits if they want to be re-elected. The fact that governments do in fact introduce some restrictions and cutbacks in economically hard times shows that an objective need to expand (or at least maintain) social protection systems in times of scarcity can be overridden by simultaneously arising needs to cut spending. In other words, the insight is that the societal and political response to increased hardship and vulnerability is not necessarily compassion and an expansion of support but a rationing of support toward the “deserving” and a more forceful exclusion of those deemed “undeserving”.

Against this backdrop, it is also not surprising that the decades since the late 1970s and early 1980s, sometimes called the “age of austerity”, were characterised by a general trend toward tougher and more onerous rules for unemployment benefit claimants – like, for instance, tougher sanction rules. In the previous period, the “thirty golden years” following World War II, unemployment and budget crises were essentially non-existent issues, hence there was no need to “ration” unemployment benefits by introducing stricter rules. After the oil price crises of the 1970s and the subsequent return of mass unemployment, however, the response to the new need to “ration” benefits were precisely the tough and demanding policies that have been introduced in the advanced economies. This being said, the fact that the pendulum seems to start swinging the other way again in Germany, where economic conditions are currently favourable, suggests that a return to more lenient rules remains possible.

Carlo Knotz is a Postdoctoral Fellow in the Bremen International Graduate School of Social Sciences (BIGSSS) at the University of Bremen.