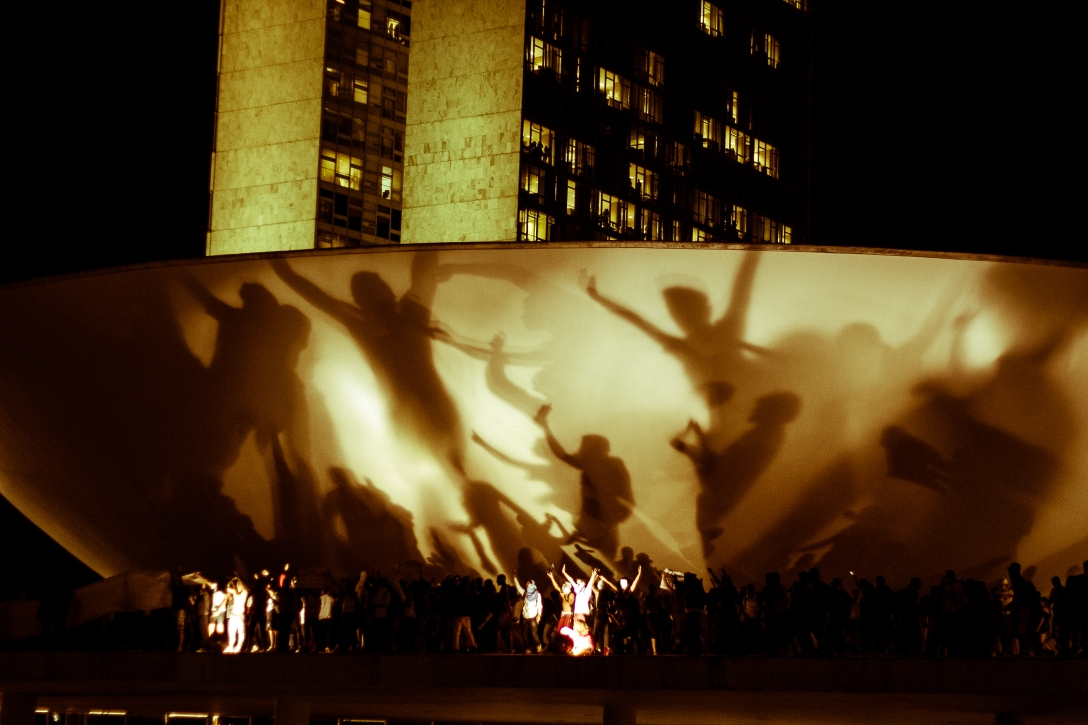 Recently, Brazil has been in the news due to raging fires in the Amazon, an economic crisis over the past couple of years, and a move to the radical right. Another story, which I focus on in my research, features a narrative of a country emerging from twenty years of dictatorship, and a rights-based urban reform movement in the lead up to the approval of a ‘citizens’ Constitution in 1988.

The reform movement also led to the approval of another law, known as the Statute of the City (Estatuto da Cidade) in 2001, which provided tools for cities to plan in a more just way. This approach is inspired by Henri Lefebvre’s idea of the right to the city, or the right to participate in urban life. Despite considerable work on these urban transformations in Brazil, in this article I take this argument one step further. I show that Brazil’s urban transformations and right to the city debate should be seen through perspectives on social citizenship, property rights, and the insurgent planning of Brazil’s urban social movements.

This article is primarily reflective and based on my work on Brazilian cities, urban governance, and the right to the city. It was written as a commentary for a special issue on Property and Social Citizenship in Social Policy and Society. Brazil’s experience provides important lessons for how to institutionalise a radical, rights-based urban movement, despite obstacles over the past couple of years.

Any understanding of Brazil’s urban experience inevitably begins with the work of French philosopher Henri Lefebvre on the right to the city, whose visits to Brazil left long-lasting effects on the social movements between the 1960s and 1980s, and later on academics, planners, and activists—both in Brazil and globally.

For Lefebvre, the right to the city was both a process and struggle in the realm of everyday life. Lefebvre referred to a range of rights, but especially to the right to habitation and the right to participate that, combined, considerably informed Brazil’s urban reform movement. Another important right was the right to difference; cities were places where different people with diverse ideas came together to decide on what their city will look like.

As I show in this article, Brazil’s urban experience resonates with T.H. Marshall’s work on the social elements of citizenship. Marshall argued that citizenship involves civil, political and social elements. The social element comprises a range of rights including economic welfare, security, and the right to fully take part in society. Social rights in Brazil have often been exclusionary given the history of inequality and poverty.

Yet since the return to political liberalisation, by the1970s social movements in Brazil’s urban peripheries were asserting a ‘right to have rights’ as a claim against the dictatorship. These urban social movements were integral in reframing citizenship as a more egalitarian framework for social relations, advancing a discourse that formulated needs as social rights. This rights-based dimension was integral in the 1988 Constitution through mechanisms of popular democracy and the recognition of the right to the city as a collective right.

Cities larger than 20,000 residents would be responsible for elaborating an approach to achieve the social function through their master plans, and other urban and environmental laws. Thirteen years following the approval of the Constitution, the 2001 Statute of the City clarified how the social function could be applied through tools at the local level. While the Constitution had only included two articles on urban policy, the Statute much more fully detailed these provisions. The goal of urban policy overall, according to the Statute, is to realise the social function of property.

Related to the rights-based approach of the urban movements and the importance of property rights for urban reform, insurgent planning has been central idea for Brazil’s urban transformations. Inspired by James Holston’s work on insurgent citizenship, insurgent planning refers to practices and narratives that disrupt the normalised order, offering evidence of citizens’ efforts to resist urban problems. These forms of insurgent planning operate both within planning processes as well as outside the formal sector. In Brazil, insurgent planning can be used to understand how residents defend their rights to land and property to contest disputes over ownership through tactics of resistance and appropriation to claim urban land and services.

This article views Brazil’s urban transformations though debates on social citizenship, property rights and insurgent planning. Thus, as planners, accounting for rights also requires responding to issues related property. This perspective on social citizenship highlights the struggles waged in cities over social rights and those already achieved through legislation, in addition to insurgent practices used by social movements. Admittedly, despite many of the achievements since the 1970s, Brazil is still on a long and uncertain road given the recent economic and political upheaval, a history of deep paradoxes, and enduring urban contradictions. In contrast to these recurring paradoxes, in this article, I highlight a perspective that also offers the hope of a solution, providing a window in which to view the transformational nature of Brazil’s urban problems.

Abigail Friendly is Assistant Professor in the Department of Human Geography and Spatial Planning at Utrecht University and a Research Fellow at the Global Cities Institute, University of Toronto. Her research examines intersections between planning, governance and urban policies, and the potential of planning tools and community participation to address spatial inequality in cities.  She tweets at @AbigailFriendly.